This number is based off the total number of wristbands ordered (1,500) for the event minus the remaining wristbands (271). The number does not include kids 12 and under as they were not required to wear a wristband to enter.

This number is from tickets comped for volunteers, musicians, vendors and family/friends of musicians and vendors.

Breakdown Of Total Cost Of Event

Total Money Invested Back Into The Community By The Bus Fair

This money went back into the community by various ways. Some examples are purchases for equipment / supplies from the local hardware store and other stores in town, advertising with local newspaper, advertising through local Post Office, paid volunteer positions, donation to Concerts In The Park, hiring local Police Department for traffic and crowd control, local photographers/videographers for marketing material for next year, catering for volunteers and exhibitors, local musicians, etc.

The majority of beer, cider and wine sales was a fundraiser for the local non-profit, Greater Oakridge Area Trail Stewards (G.O.A.T.S.).

"This was our highest netted fundraising event in 7 years."

This report is based off the 511 surveys out of the 1,229 attendees that chose to fill out online prior to the event or on paper the day of the event. Filling out a survey was not required but encouraged. 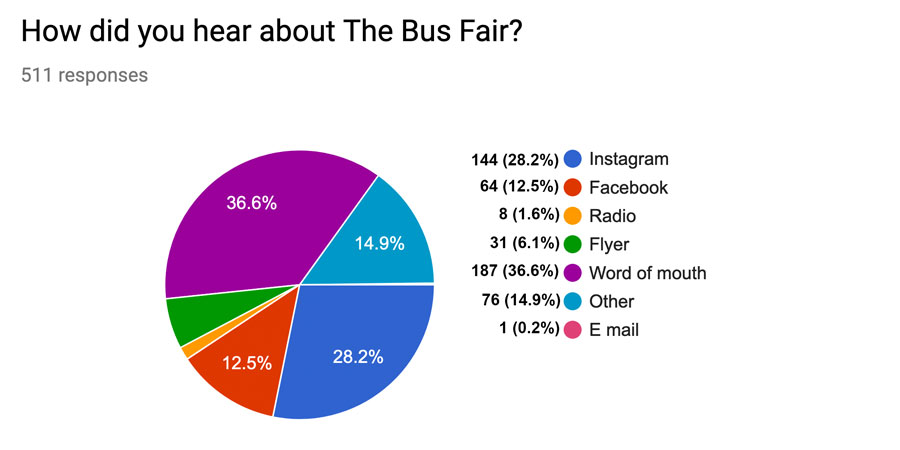 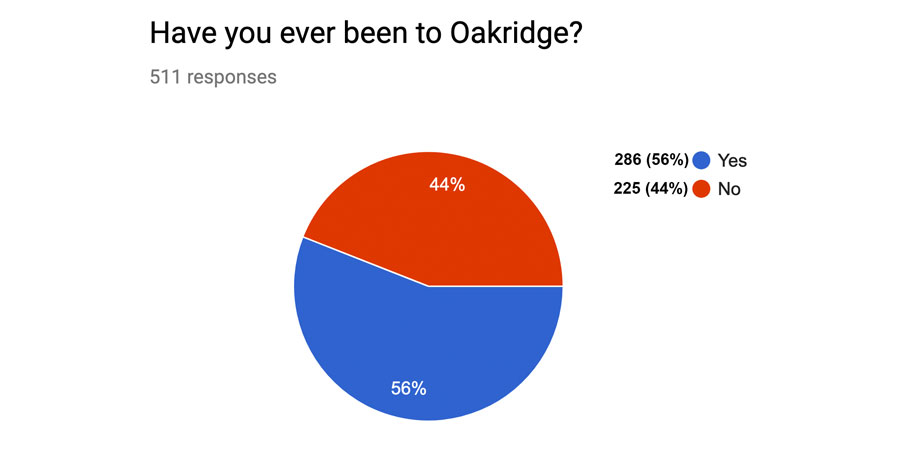 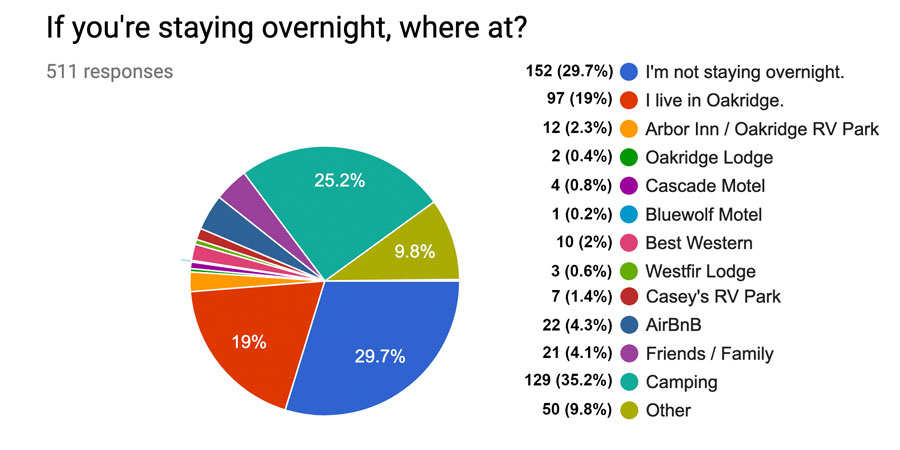 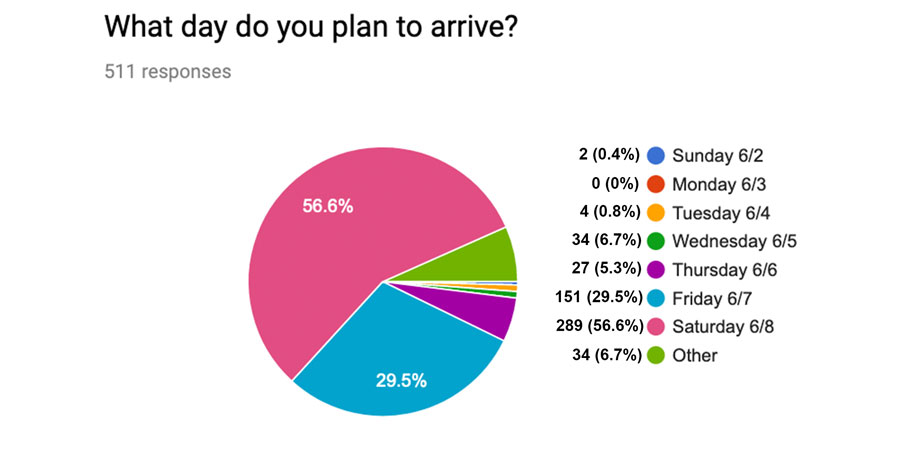 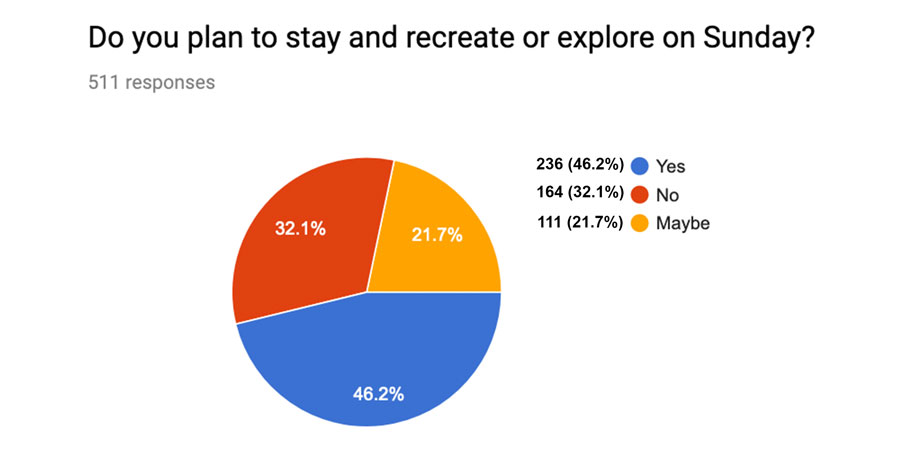 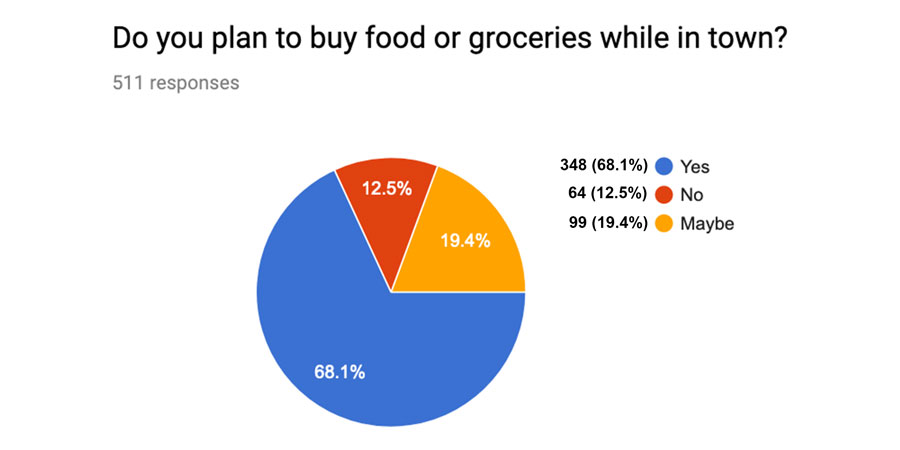 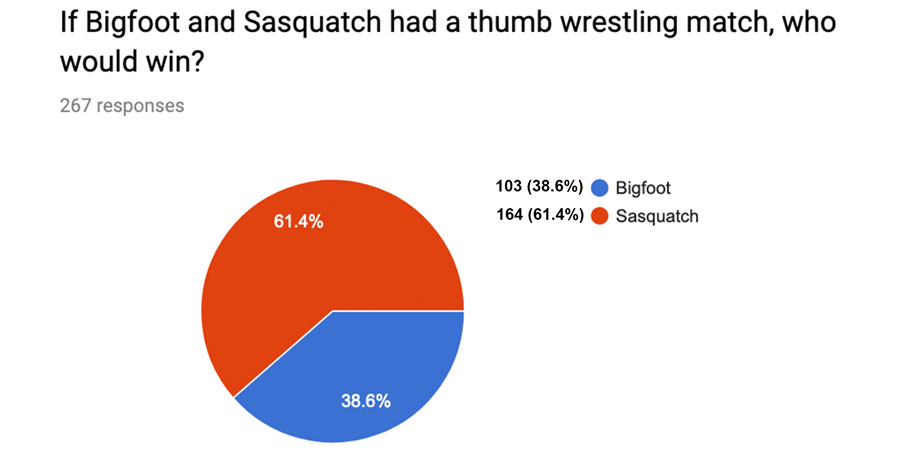 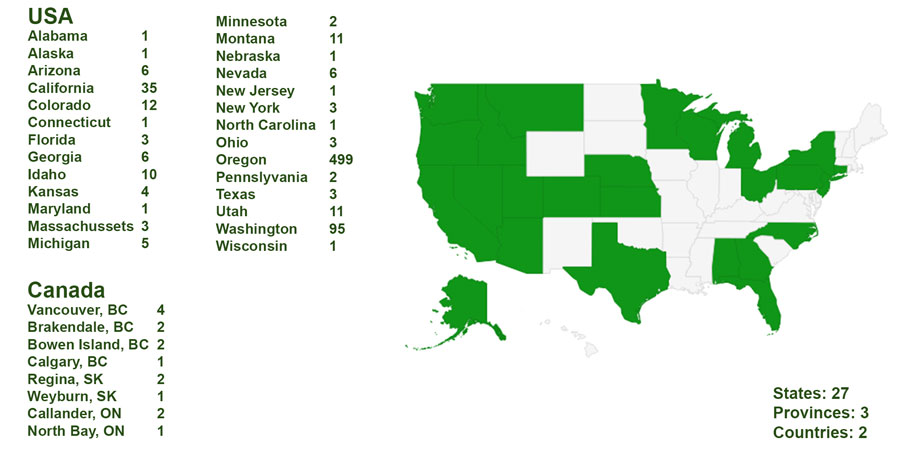 How did a first year event like this do so well with attendee numbers?

Audience: Event Founder, Brock Butterfield began building an audience over 5 years ago with the release of the documentary Life In The Bus Lane which is free to watch on YouTube. The documentary then opened a door for building a website for those interested in converting a school bus on their own. Along with that he continued to build a following through social media which as of 7/1/2019 has the following audience:

A large part of the reason The Bus Fair had such a large turn out for a first year event is largely due to the 5 years prior of building an audience to market a never been done event to. An event that the majority of the audience was interested in attending.

Unique: The Bus Fair was and is the first event of it's kind that showcases specifically school bus conversions or "Skoolies". There are many Tiny Home Festivals that have been including a few Skoolies in the show but most of those shows are focused more on having the tiny home builders displaying their showcase models in hopes you'll hire them to build you one. The Bus Fair took a different approach and gave a stage to those who own and live in their Skoolie. The Bus Fair audience was able to come and learn from those Skoolies and ask questions without feeling the pressure of a sales person. We also incorporated guest speakers, art and food vendors, adult beverages, live music and camping.

An event like this was needed for this niche market.

This event would not have been possible without the help of grant money and support from the City of Oakridge.

Without this assistance the event would not have broke even for the first year.

Year Two of The Bus Fair

Do to the large audience from year one and the feedback from attendees, we plan to explore the cost of holding the event for two days with the focus of adding more workshops and educational / training opportunities. We had many feedback surveys asking for more workshops to learn about converting a school bus (or van) on their own. One couple in their mid 50's in particular flew from Michigan to attend the event and the free workshop that was held the morning after The Bus Fair and have since then purchased their first school bus based off what they learned in the workshop.

We also heard back from many vendors who did extremely well and are already asking for next years dates to block it out.

Stay tuned. It can only get better from here. Perhaps one day Oakridge, OR will be known for being "Home of The Bus Fair" with people travelling from all over the globe to attend.